In Old Headington, a village within the city of Oxford, you will find St Andrew’s Church. It flies the Saltire or Saint Andrew’s Cross, the Scottish flag in the heart of England.

The church was open, and warm and welcoming.

One chapel was decorated with white cyclamen with the three Magi kneeling,  bringing their gifts after a long pilgrimage: Gold, Frankincense and Myrrh.

On the other side of the entrance was a window, the lead-work forming tree branches, and the glass delicately painted with leaves.

The church had a new organ. Next to the organ were music books. One older book had a marker at Epiphany.

“OH WORSHIP the Lord in the beauty of holiness!
Bow down before him, his glory proclaim;
With gold of obedience and incense of lowliness,
Kneel and adore him the Lord is his name!”

(Post dedicated to John Clapp whose stone I saw in the memorial garden behind the church. He had been the organist in this church from 1993 – 2009.) 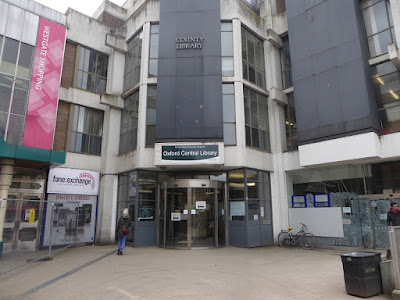 The Central Library in Oxford was open for the last time until the Westgate redevelopment is complete – late in 2017. The front is to be rebuilt as part of that redevelopment. 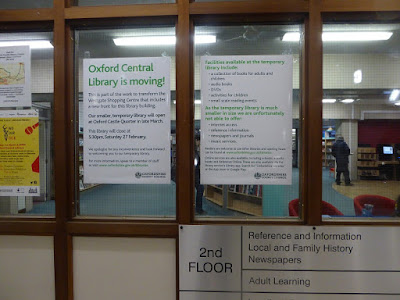 There will be a temporary library with less facilities from the end of March in the Oxford Castle area. 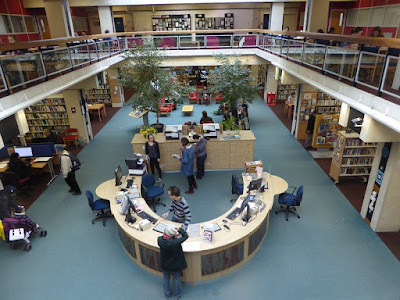 The current library looks quite different from the Central Library I knew ten, twenty, and thirty years ago. It is far more open plan. 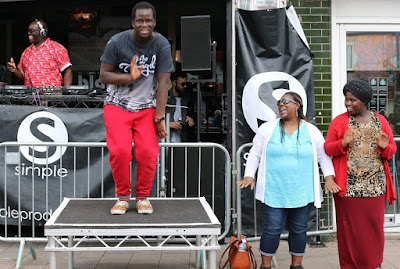 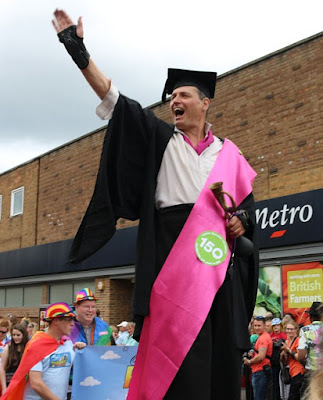 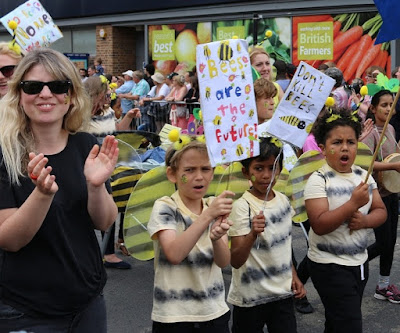 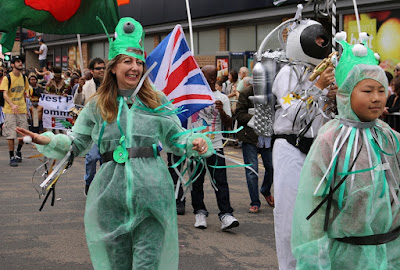 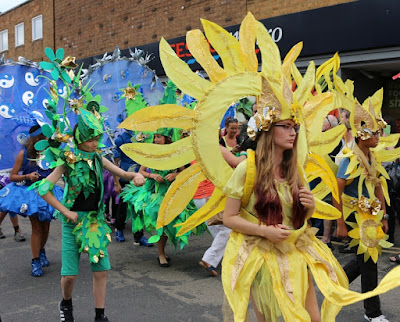 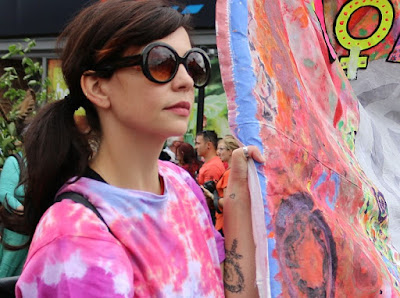 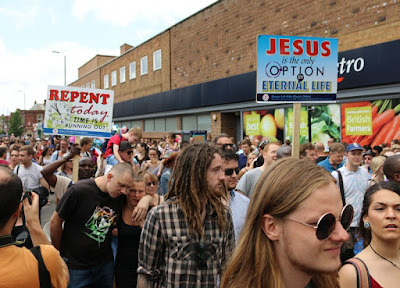 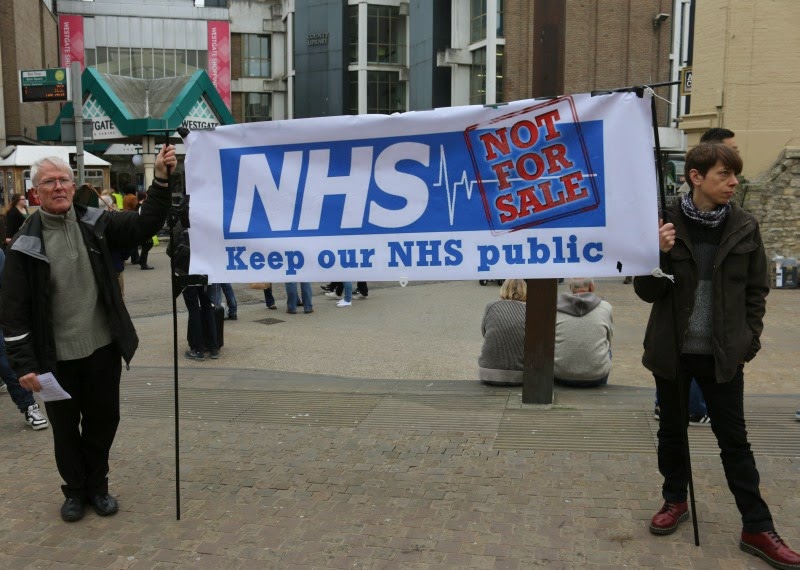 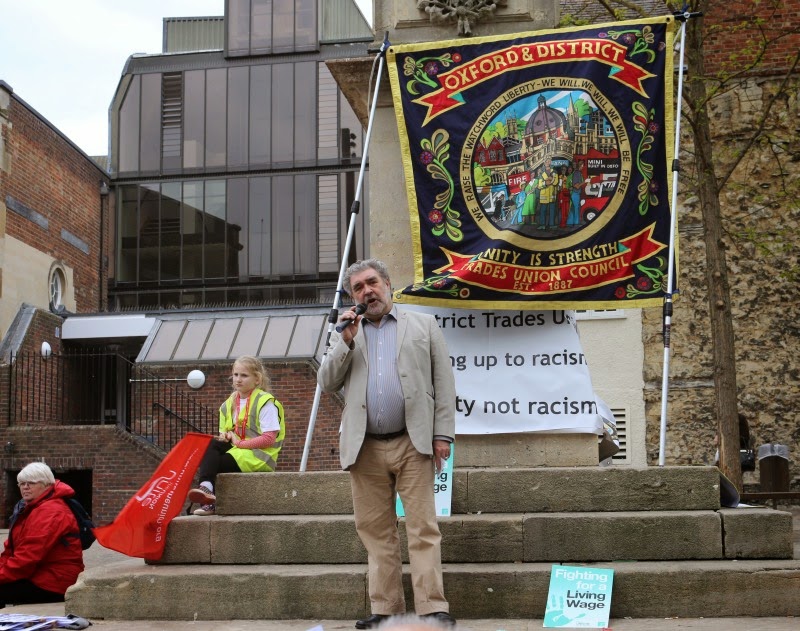 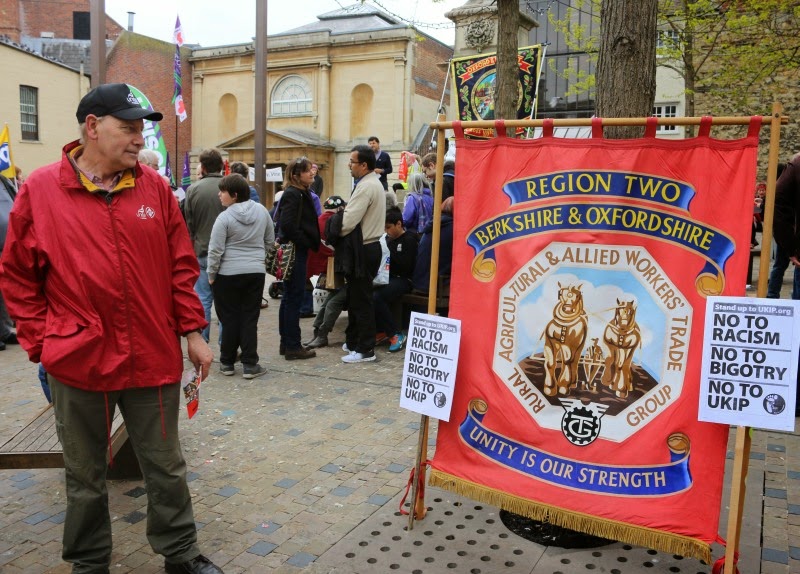 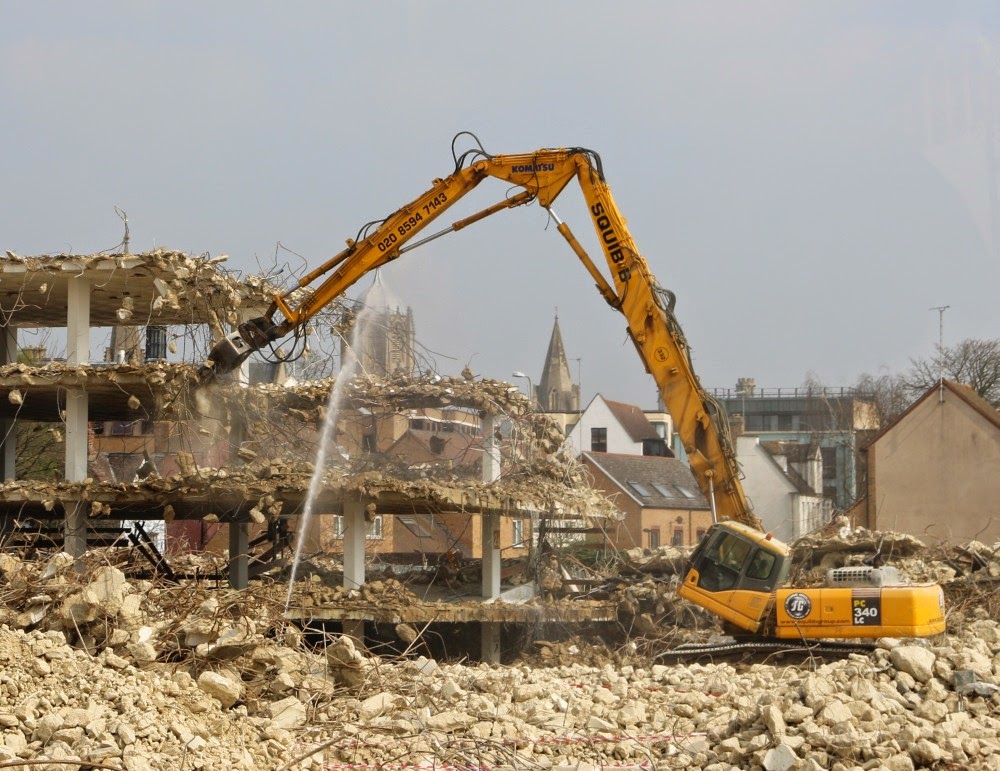 The multi-storey car park at the Westgate shopping crentre is being demolished as part of a redevelopment that will see a lot more shops, including a John Lewis. 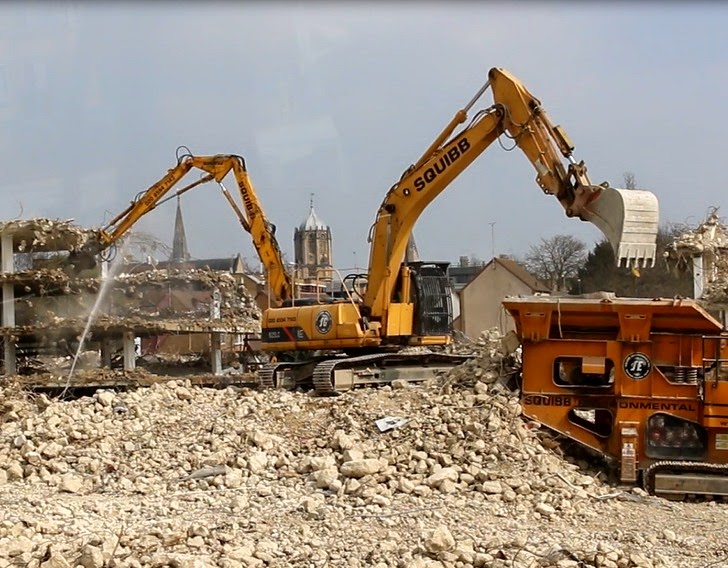 Tom Tower can be seen behind the demolition excavator. 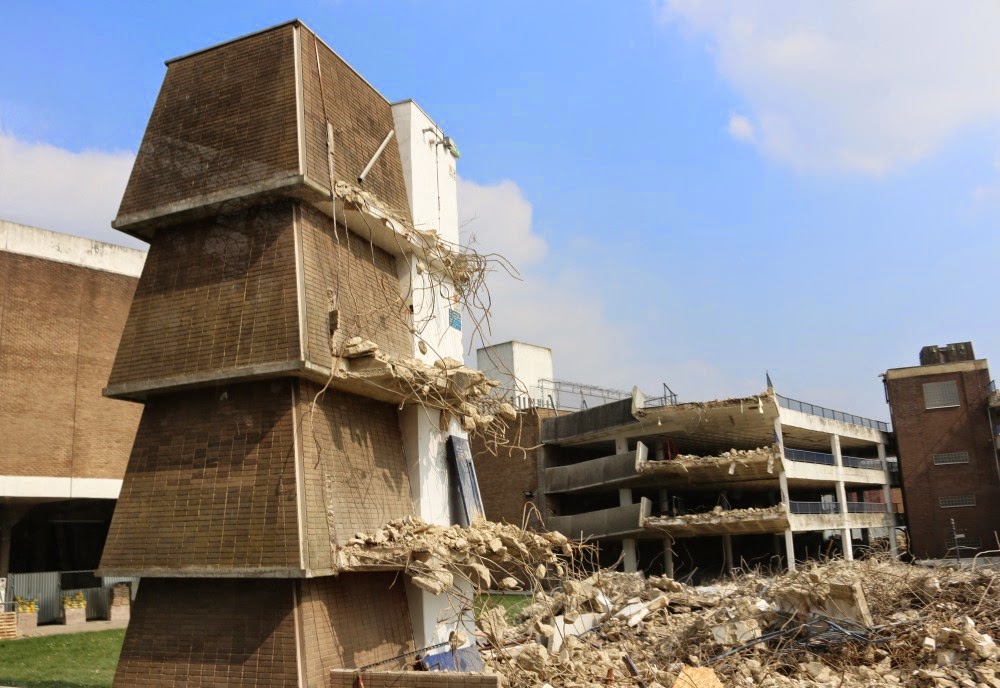 A temporary multi-storey carpark has been fabricated the other side of the Oxpens Road to take some of the cars.

This was our first visit to the Harcourt Arboretum for fifteen or twenty years. 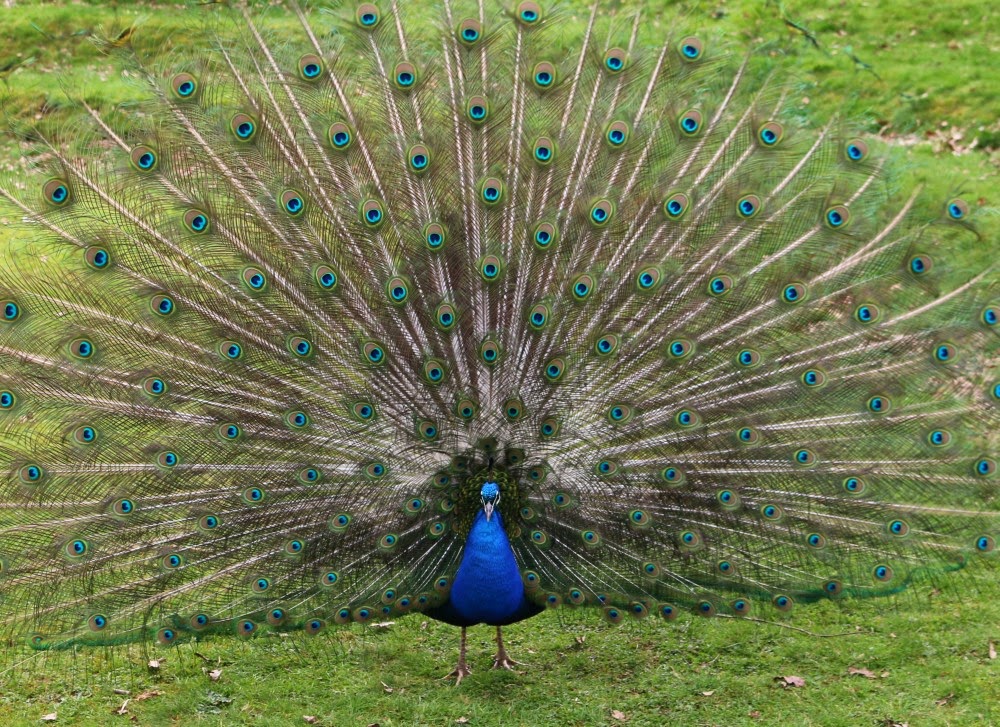 It was a pleasure after all these years to meet the writer of the Views of the Ock Blog. He and we were taking pictures of the peacock near the entrance. 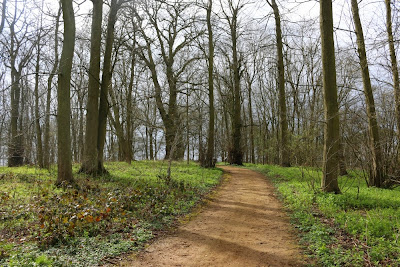 They don’t allow dogs and so we did not visit while Harry was around. 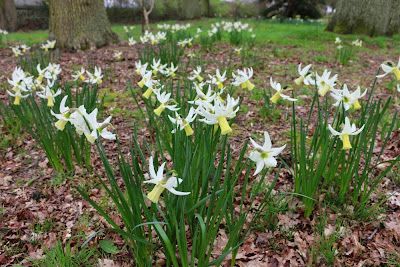 There were a dozen or more different types of daffodil in bloom. In three or four weeks time the bluebells will be in bloom.

We rediscovered the Acer Glade where a tree was dedicated to my dad, and amazingly found the tree. 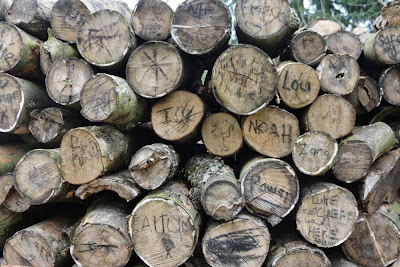 As well as the trees there were some fun things: an Easter Egg hunt, trails for the children, a barn, and a charcoal burner. Charcoals had been used to mark some of the wood round the charcoal burner. 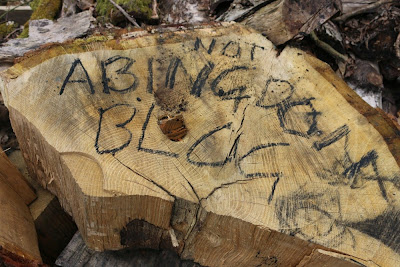 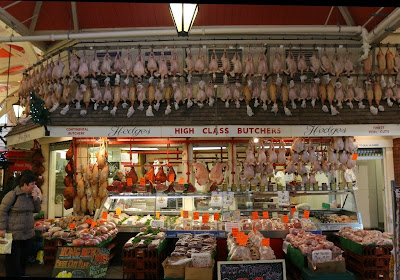 I was struck by the deer carcass at the covered market – its head stuck in a plastic bag to catch any blood and hide the stump. There were many more turkeys strung up with their heads similarly covered. 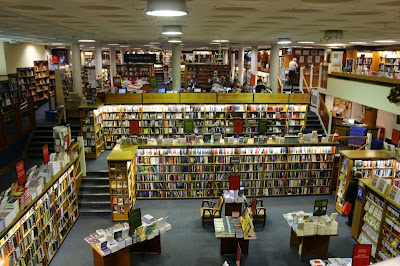 I read some beautiful words of Praise to God from a book of Celtic prayers in the Norrington Room in Blackwells bookshop. I moved from theology to the self help books, and then to Psychology. 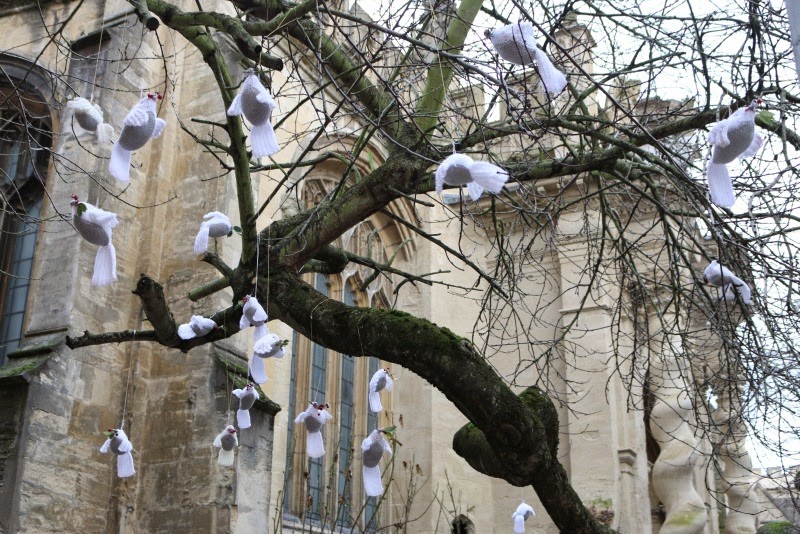 Outside the University Church on High Street there were more birds strung up – without explanation. 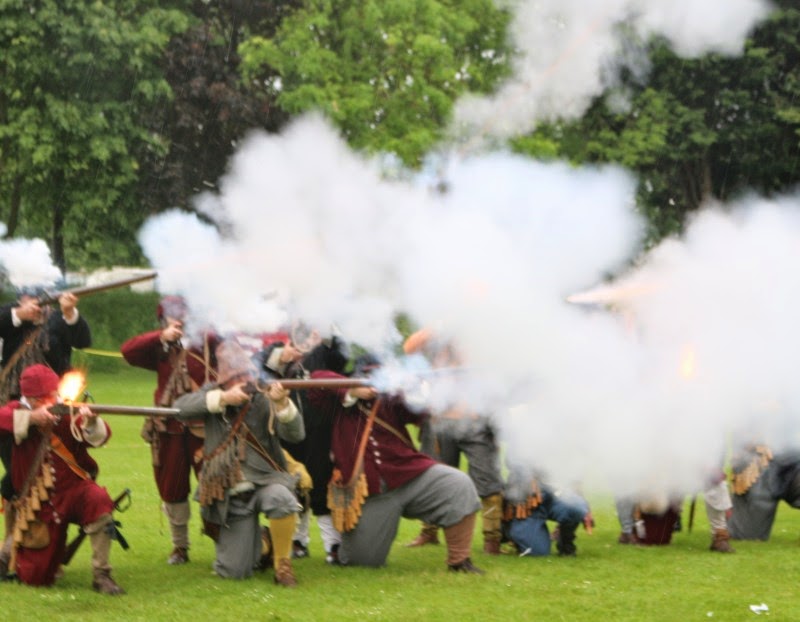 The English Civil War Society were one of the features at this year’s Harwell Feast. The event began with a Parade of vintage vehicles and floats. There were crafts, a car boot sale, all the fun of the fair, and a couple of arenas with entertainment. The Winchester Regiment, of the English Civil War Society,  had set up camp in a field adjoining the show area, and marched in to give a display of pikes and musketry. Despite rain through much of the day there were still a lot of people enjoying the event.