Between the 11th and 18th of December we were staying in Berlin. 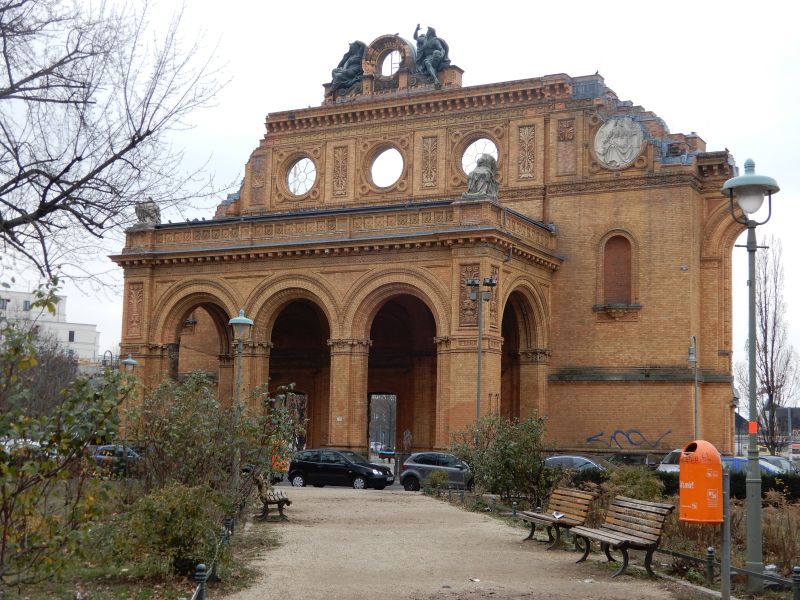 We saw many reminders of Berlin’s turbulent recent history. The facade of the Anhalter Bahnhof  (railway station) has been left as it was after WWII bombing. The rest of the building has been demolished. From here 9,600 Jews were transported from 1941 to 1945. 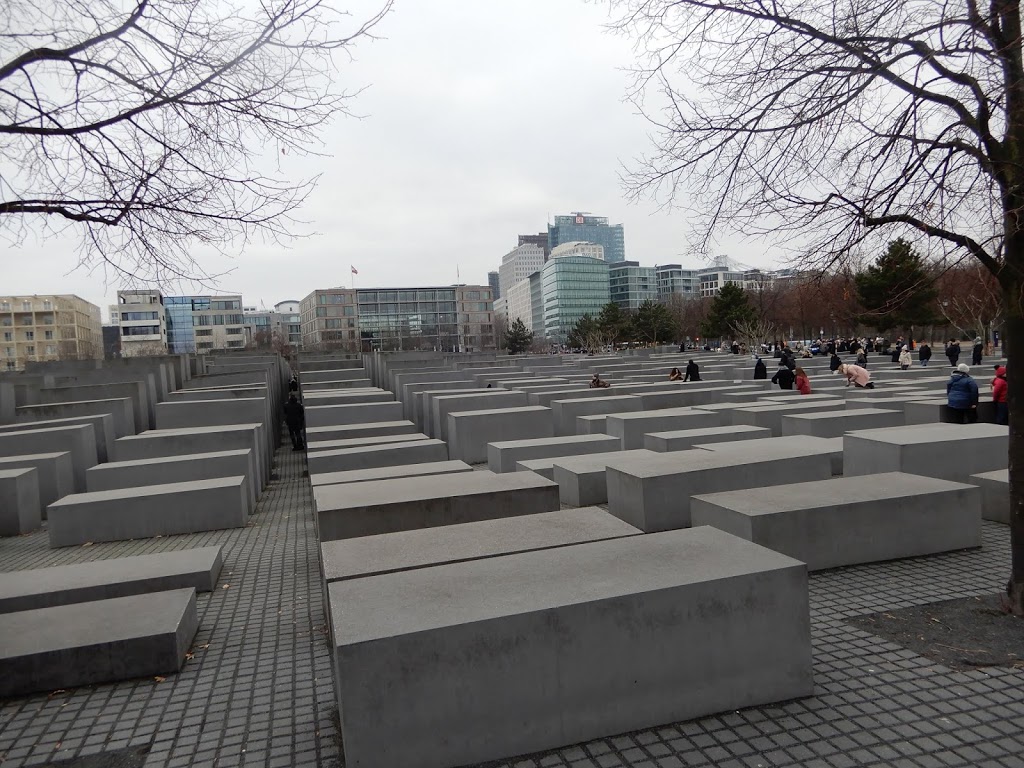 A Holocaust Memorial has been created on land near the old Berlin wall. The memorial is made up of a grid of concrete blocks of different heights. In the centre they tower over you and it is bleak and disorienting to walk through. 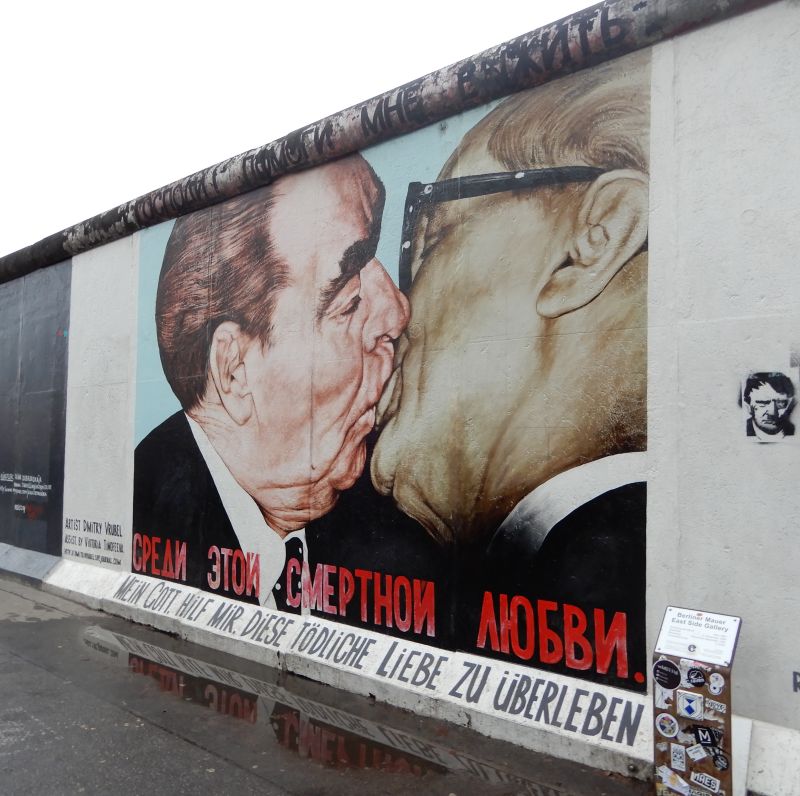 Most of the Berlin Wall, constructed by East Germany to stop citizens going to the west, has been removed. The East Side Gallery, painted by many invited international artists, is the largest section of Berlin Wall still standing. This picture depicts Leonid Brezhnev (USSR Leader) and Erich Honecker (East German Leader) greeting each other with a fraternal kiss. It reads ‘Mein Gott, hilf mir, diese tödliche Liebe zu überleben’, which in English means ‘My God, help me survive this deadly love’.

There are also bits of the wall to be purchased in various sizes. That these have become tourist gifts does nothing to remove from some people’s memory how threatening it felt at one time with the border guards and spies. People were shot trying to cross the wall or swim the River Spree. 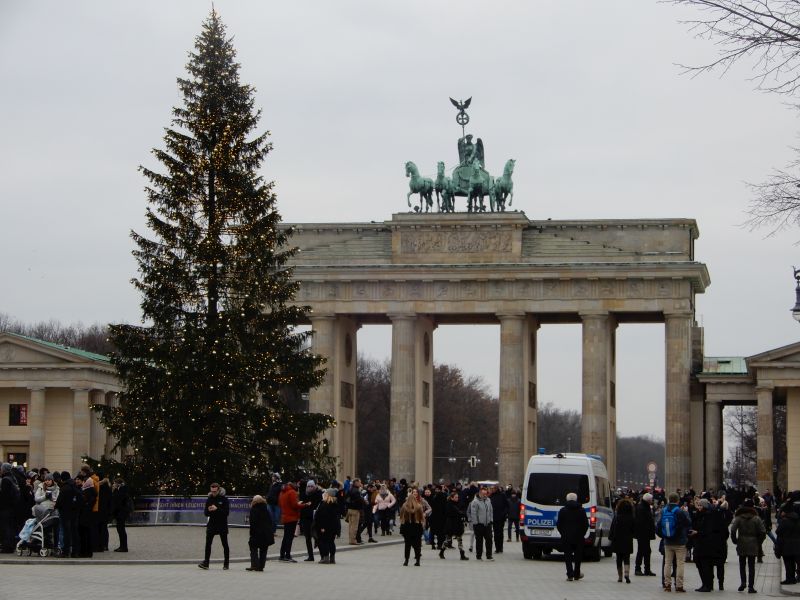 The most famous Berlin landmark is the Brandenburg Gate. The wall ran down there too cutting it off in no man’s land. 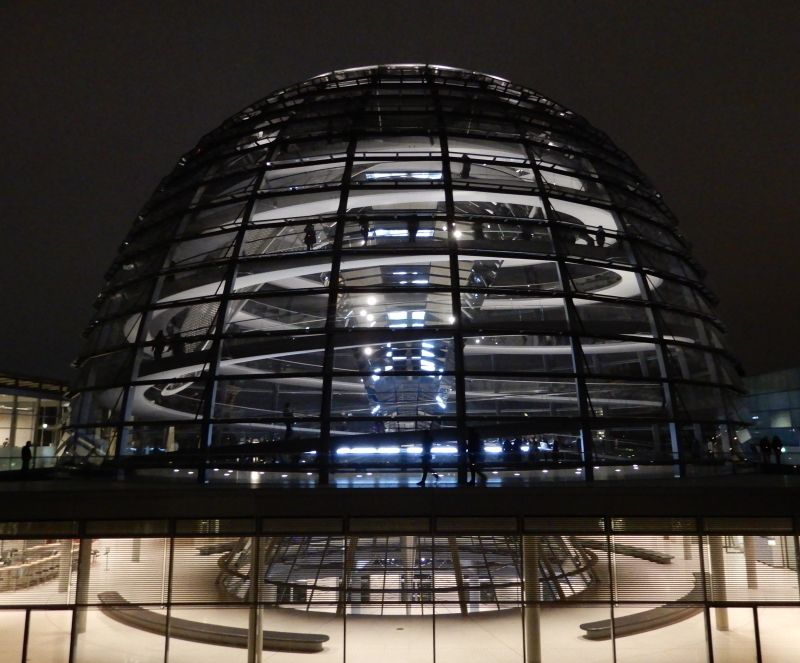 Even the Reichstag was off limits until reunification, when by a small majority it was decided to move parliament back from Bonn to Berlin. The Reichstag interior was rebuilt and a dome added. The dome has a spiral walkway that gives views down into the chamber and out across the city. This is now the place were the German Government meet.

During the visit I was reading Leaving Berlin, a novel which tells of the start of the cold war and the competing Russian, American and fledgling East German agents and informers.  I finished the book on the return trip from Berlin Tegel to Gatwick Airport.