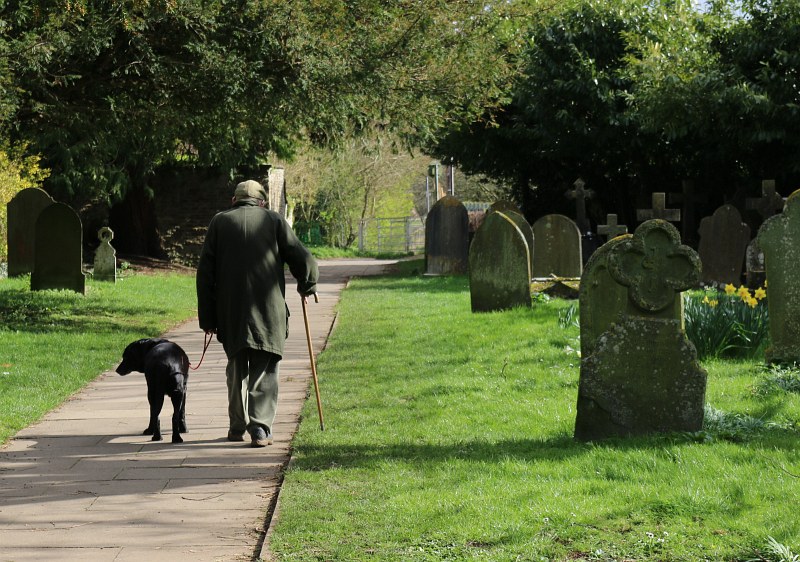 We began the walk through the churchyard of St Lawrence’s Church in Lechlade-on-Thames. There is a plaque to say that this is called ‘Shelley’s Walk‘ after the poet wrote ‘A Summer Evening Churchyard‘ here.

The walk then followed a tree lined path beside a steam or ditch. The air was crowded with small flies and midges – a sign that Spring had arrived. Birds sang and could enjoy the easy pickings . 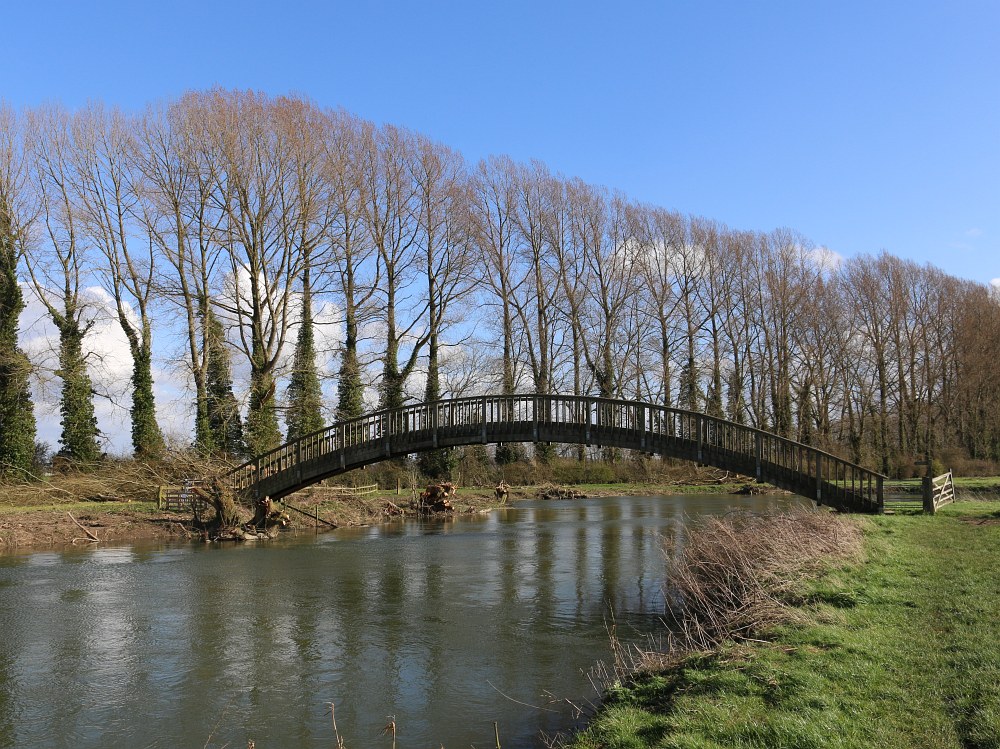 We crossed a wooden footbridge beside a screen of poplars. 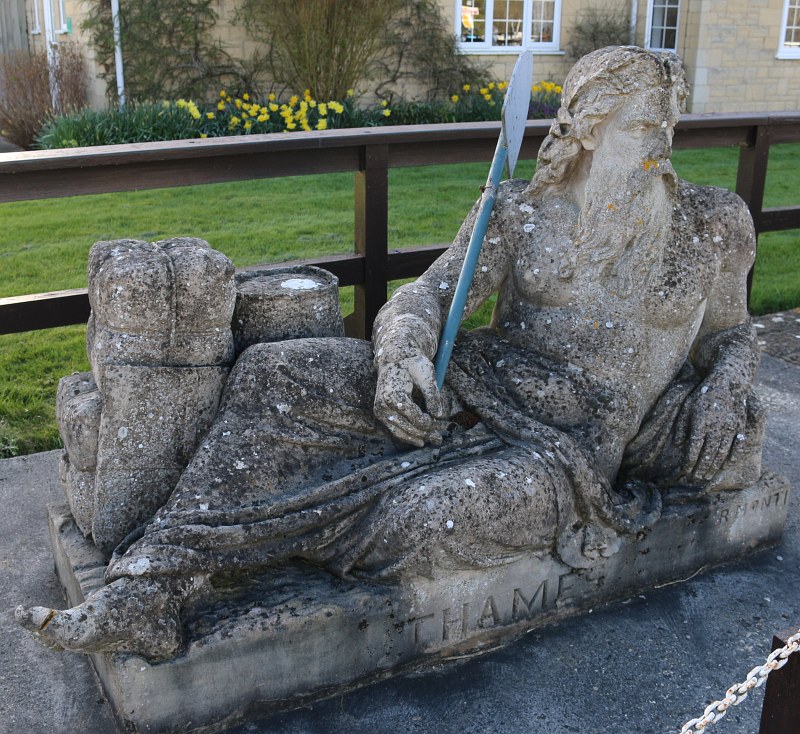 Then followed the Thames Path back through St John’s Lock, the highest lock on the River Thames, where a statue of Father Thames lay with a plastic paddle. 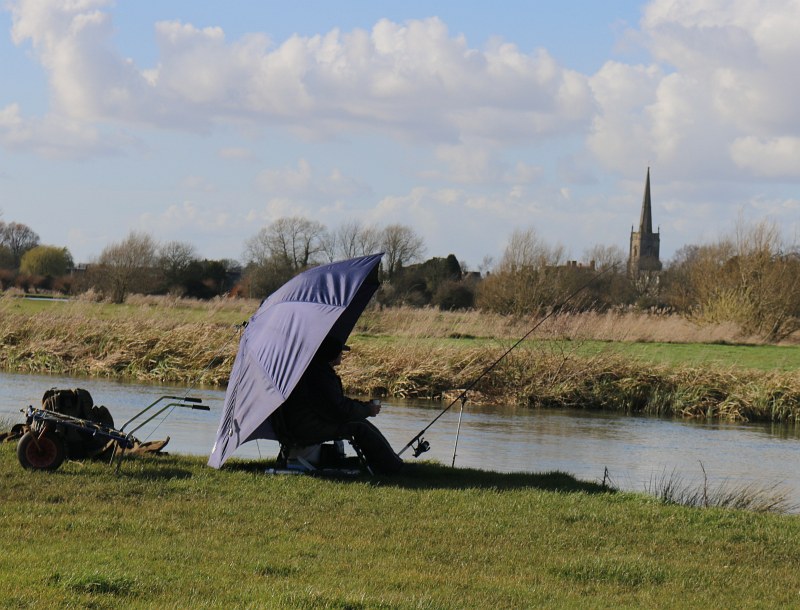 The ground was soft and the driest place to walk was near the bank of the River Thames where we passed several fishermen. The spire of St Lawrences could be seen across the even land. 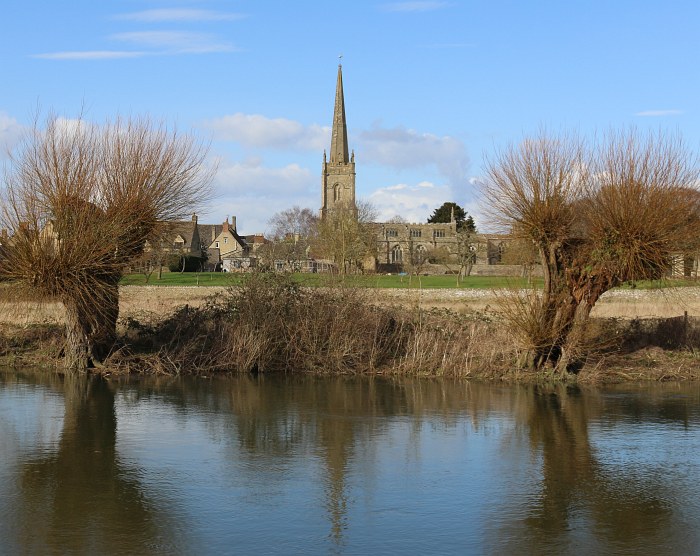 I wondered whether it was the same St Lawrence that I knew from Caterham Surrey but realised I didn’t know much about him either. From wikipedia I discovered Saint Lawrence (d. 258), the Christian martyr, after whom all others are named; Saint Laurence of Canterbury (d. 619), second Archbishop of Canterbury, and more. 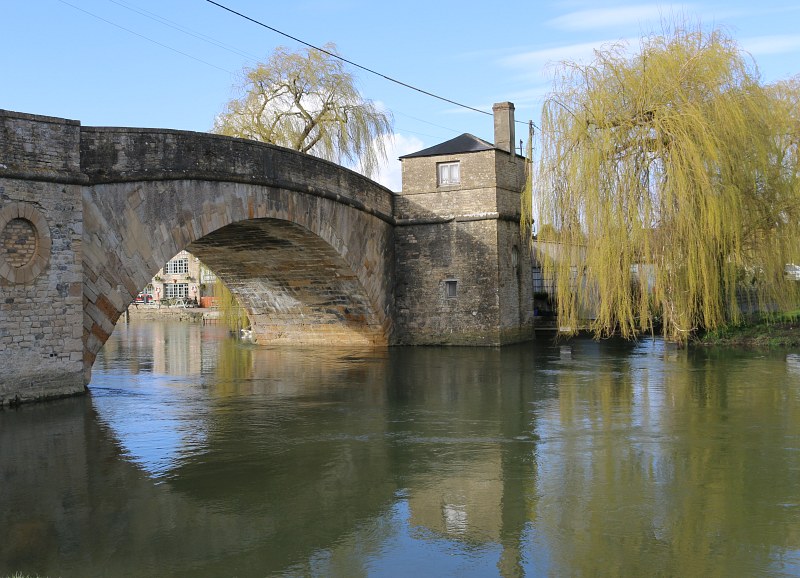 We walked under the footpath arch of the Halfpenny Bridge, so called because until the town’s people protested and got their way, a half penny was charged for going over the bridge.

Larger barges and river craft do not usually go much further beyond this point.

We walked through a couple more fields than crossed the Thames by a wooden bridge, and headed back to Lechlade over a path called ‘The Seven Styles Walk‘ – here were no styles, just open gates separating small fields. 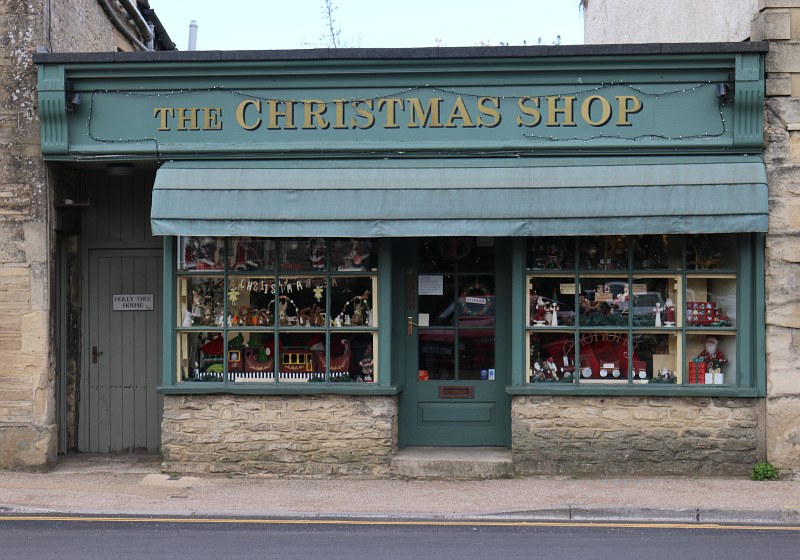 Back in Lechlade I took a picture of the Christmas Shop. It is open all year round, but was closed when we went by. The business first started in 1985, selling traditional German Christmas products.  Christmas all year round has become an eccentricity of Lechlade. 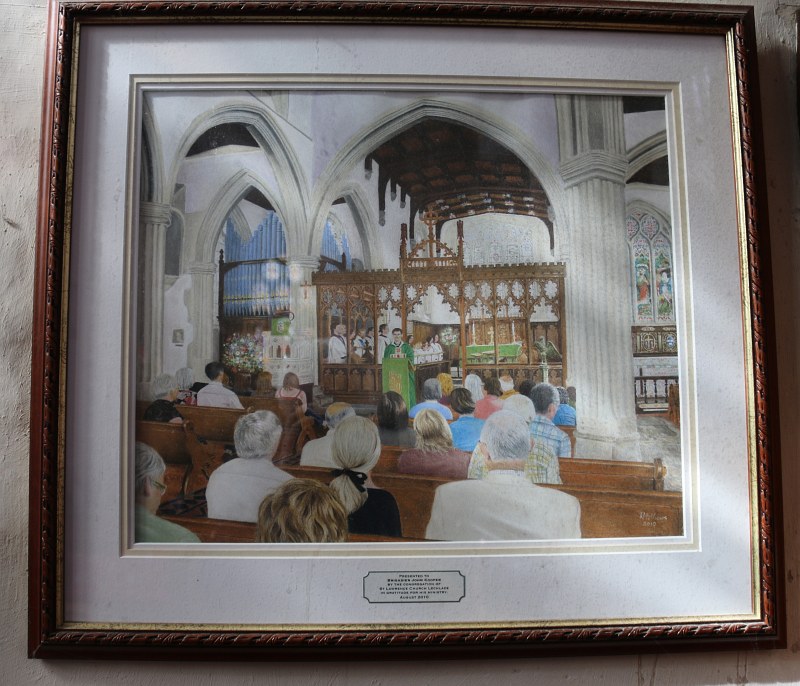 In town, we went inside St Lawrence’s Church where there was an interesting painting ‘Presented to Brigadier John Cooper by the congregation in gratitude for his ministry – August 2010’.

We visited the Londis store where there were plenty of toilet rolls available. Abingdon has run out due to Coronavirus panic buying so this was a relief.

We also had some excellent soup and sourdough bread at Lynwood & Co, and then drove home.