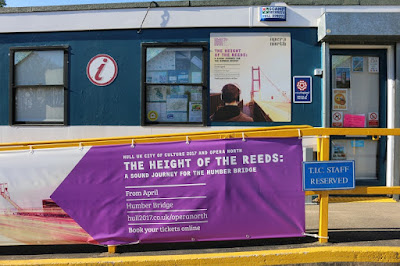 We didn’t manage to get tickets for the Height of the Reeds sound journey where people walk over the Humber Bridge with headphones. That seems to be at the weekends anyway, and was sold out during April. Instead we drove from Hull and parked the car near the visitor centre at Hessle, then crossed the Humber Bridge towards Lincolnshire under a grey sky. The wind was strong particularly near the large towers. 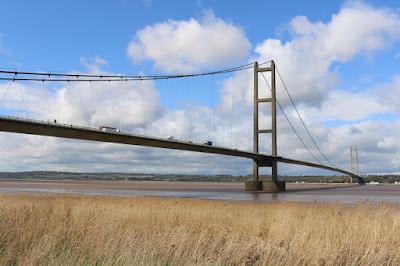 After coffees in a pub called The Sloop, in Barton, we walked to a viewing point where there were reeds. 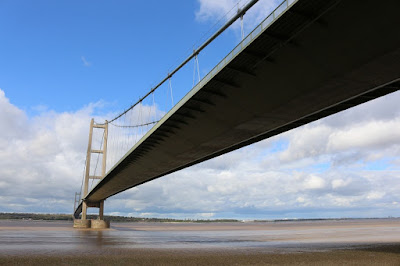 ,
We then walked under the bridge on the Viking Way. 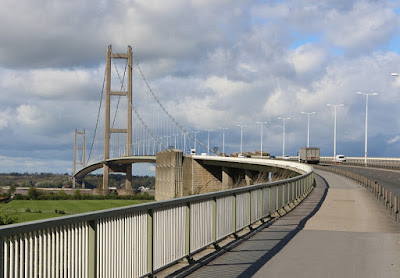 The wind was still strong on the walk back over the Humber Bridge, but the sky had brightened and there was some sun. Lovely! No need to go round by Goole.

My wife remembered exploring Hessle Foreshore in the sixties, and picking up bits of pottery. That was before the bridge was properly planned. Back then they sang …

“Will they ever bridge the Humber? Will they ever span it o’er?
Is it always an exception to the rule?Is it such a privilege to have a Humber Bridge?Do we have to keep on going round by Goole?”