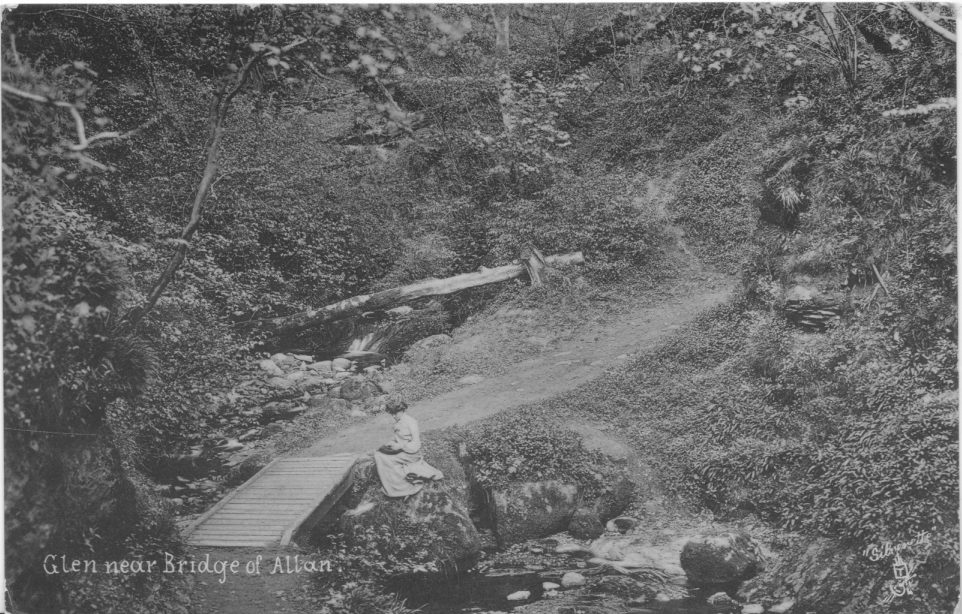 This postcard shows a small bridge in a Scottish Glen with an Edwardian Lady stitching what looks like needlework. Near the time of this picture, I read in the Stirling and Bridge of Allan Reporter “Three Bridge of Allan boys, whose ages ranged between nine and ten years, appeared before Sheriff Mitchell at a Juvenile Court held in the County Buildings, Stirling, on Friday, charged with stealing gooseberries from the garden of Glenlea House, Bridge of Allan, on
Saturday, 1st July. Two of the lads admitted having committed the offence and their parents were fined 5s each.”