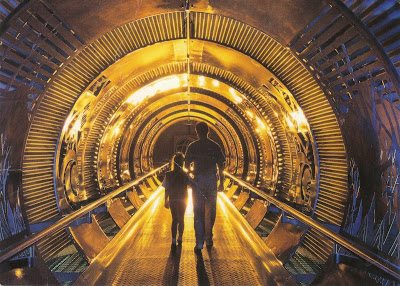 This postcard shows the ‘Tunnel’ Entrance to the Visitors’ Centre – as it was. We visited about ten years ago and had a go on a lot of high tech exhibits which helped explain nuclear power. The Visitors’ Centre once attracted about 1,000 people per day, but its popularity declined, and it has now been converted to a conference centre.