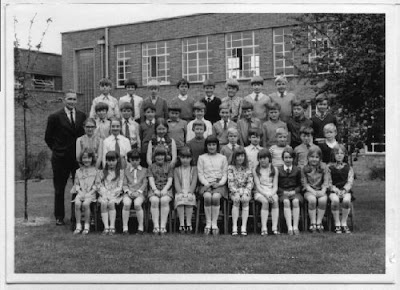 This picture would have been taken about three years after I was in Mr Pepper’s Class. But the style of the clothes, the mix of children, and variations in size, and the setting are the same.

Mr Pepper was quite unlike any teacher I had known before. The lessons were fun, but a little scary because he called on each of us to take part. Up until then I managed very well to keep in the background.

Taken at Whitehall junior schools in Evington, Leicester – another from Friends Reunited