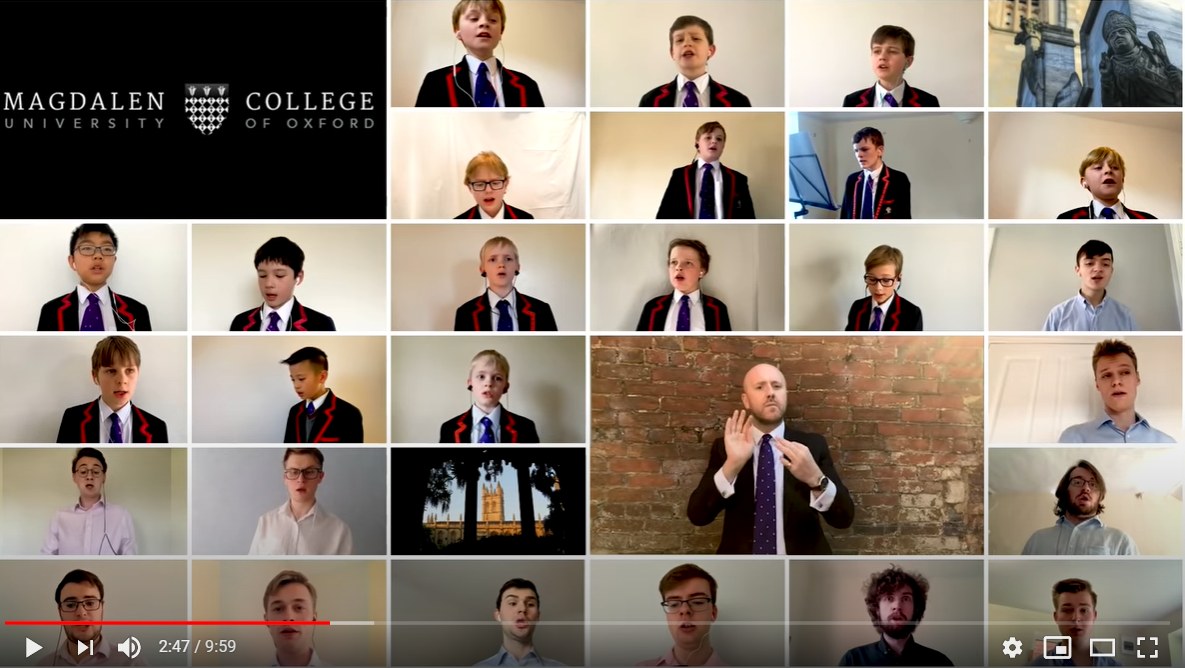 The revelling crowd reduced to one
In bed with his computer on.

The breakfast beer cans strewn around
And egg smeared on his dressing gown.

The facebook video played at six …
Some tweeting birds, a choirboy mix,

How weird it was to sing alone!
But digitised they found their tone –

He listened and quite unrehearsed
The tears came naturally at first.

He threw himself into a heap
Began to blubber and to weep:

He missed the Leeds star Norman Hunter
Killed by the virus – six feet under.

And worst of all he might succumb
Before his old man and his mum.

Theme for Abingdon Share a Poem in May is May and I wrote this after watching https://www.youtube.com/watch?v=CEBsmxAfGiY