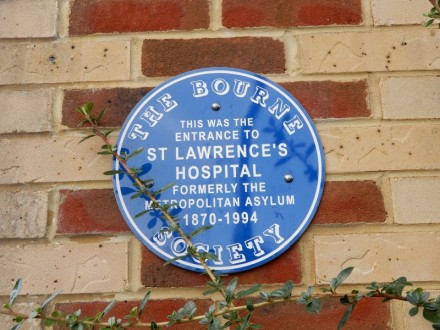 Not much of the former hospital of St Lawrence’s now remains. A plaque has been put up by The Bourne Society on what was the main gate post.

Beyond that is the new housing on the ground of the former hospital. The road names off St Lawrence Way remember people associated with the hospital: Deacon, Straw, Danvers, Gwynne, Bunce, Drew, Pye, Marcuse. Joey Deacon was well known beyond the hospital.

Beyond the housing the land dips away to an open area, and a tree covered walk in the valley – Green Lane, and beyond that is Surrey National Golf Club. 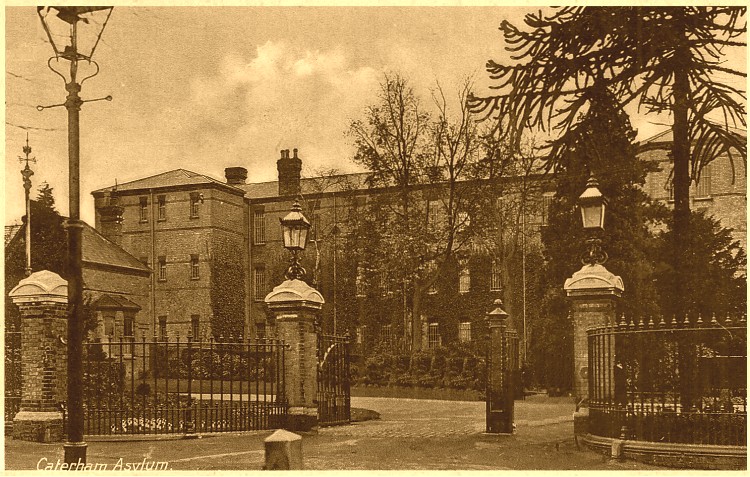 Old postcards show how the front entrance looked when the building was big enough to house 1,500 and more people from the Metropolitan area of London, and when the hospital was the largest employer in Caterham.

The postcard was written by the mum of Bessie to an aunt saying – this is one of the views of the place where Bessie stays, and she hopes you will write to her. 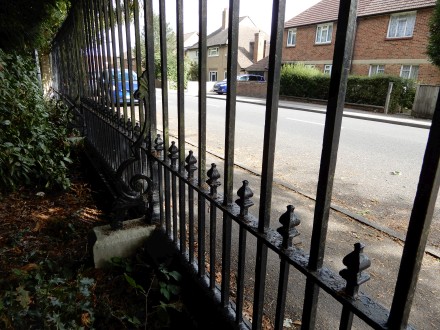 What has been kept as a screen for the new estate are high trees, the fence and gate posts – once intended to keep people in and now to keep them out. 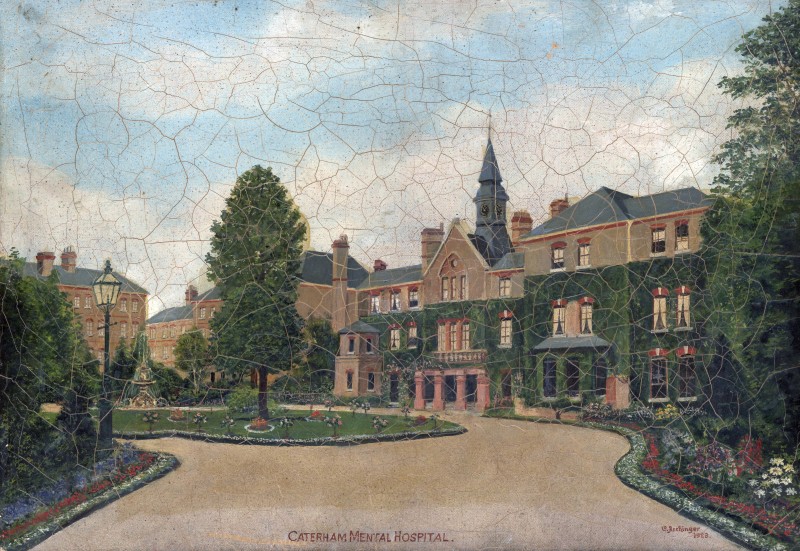 The admin block was attractive (seen in this 1923 picture by G Aschinger).

Beyond that there was the male side and the female side with the utility corridor connecting them, off which came the kitchen, the pharmacy, the laundry, the swimming pool, recreation hall, tailors shop, dentist, and everything needed to keep a hospital community going.

It was a large hospital built to keep the cost per patient down and had no great architectural merit. The grounds were extensive. It was bulldozed rather than converted, when the era of Victorian Mental Hospitals ended in the 1990s. The residents were rehoused in smaller units by the 1990s Lifecare NHS Trust.