The last time I walked through Cardington was in November, and I was surprised to see, near the two big hangers, one of the prototype airships outside. Development of the prototype Airlander 10 continues inside the hangers. 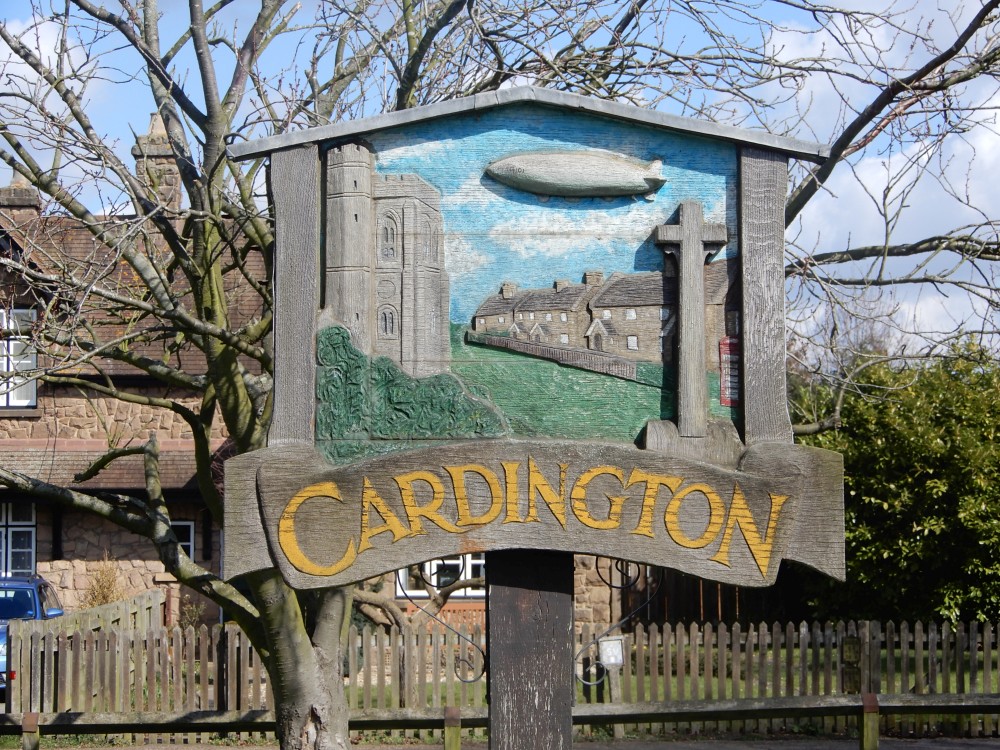 The village sign has an airship, and inside the church is a memorial, and a stall with airship memorabilia and newspaper cuttings about the R101 disaster, and back numbers of The Dirigible – a magazine for airship enthusiasts. 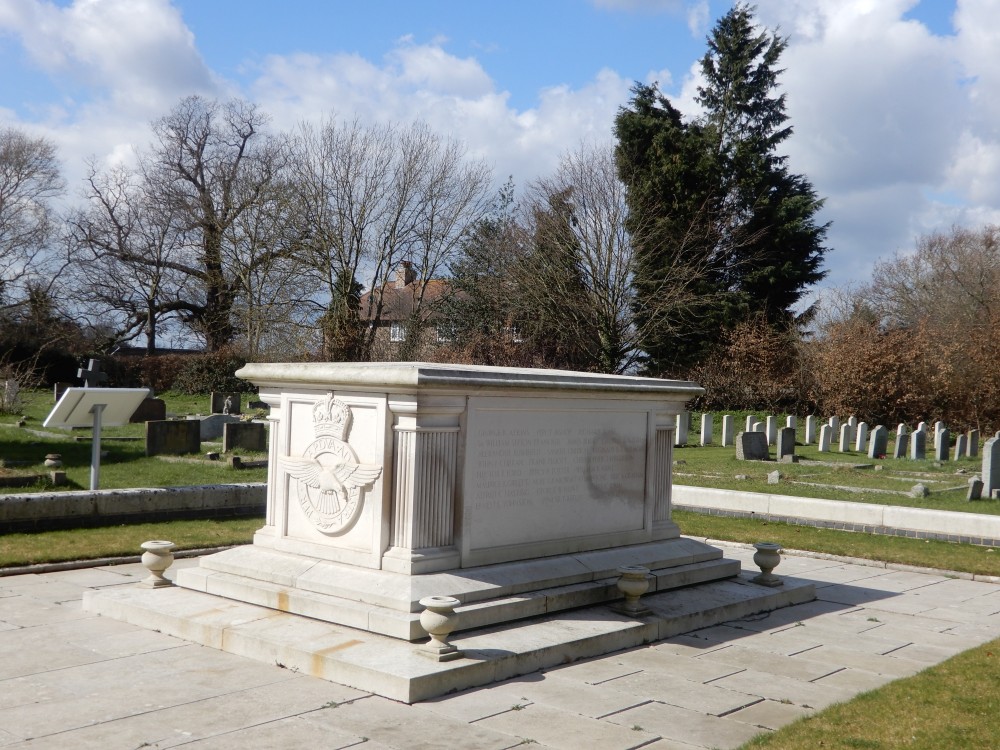 In the village cemetery is the mass grave and memorial to those who died when His Majesty’s Airship R101 came down in bad weather in France on 5th october 1930, during a maiden flight. It caught fire on a hillside. Of the 48 crew and 6 passengers, there were 6 survivors. The airship had been built in Cardington.