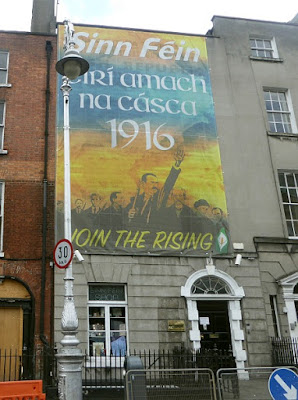 The Sinn Féin shop in Dublin is one of many places in Ireland celebrating the centenary of the 1916 Easter Uprising, and eventual independence from Great Britain in 1922. You can get your 100th Anniversary T Shirt, or 101 Songs of Irish Rebellion – the 5CD Set, or 100th Anniversary mug. 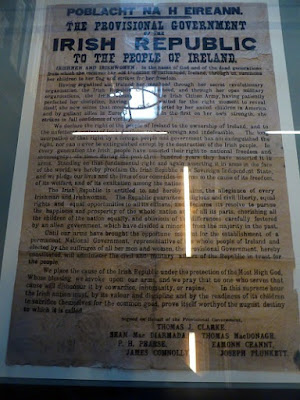 The 1916 Proclamation is also on sale, and is to be seen in many shops around Ireland.The one above is not for sale, being one of the few originals that survive. It is on display not far from the Book of Kells in the Library of Trinity College, Dublin.